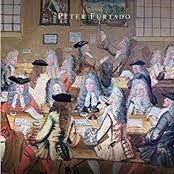 In a period marked by a number of great diarists, England after the Civil War was a place of pleasure and drama. Indulgences such as coffee-houses and frost fairs were enjoyed by some, while the fashion for displaying finery lent itself to a new style of shopping. However, a renewed outbreak of plague and the Great Fire of London were twin tragedies that brought instability to the age. Restoration England joins other titles in the new Living Histories series, providing the booklover with an entertaining read and a vivid insight into the real, daily lives of those living in the period: work that was done, food that was eaten and leisure activities that were pursued. <br> WEIGHT: 0.181