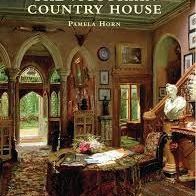 "Sorry Out of Stock"

Country houses formed a distinct community and power base within the broader Victorian countryside. This book shows how landed families' day-to-day existence depended on the skills of the indoor servants who provided their meals and ministered to their general comfort, and the outdoor staff who contributed to their leisure and sporting pursuits. It considers the relationship - and the divisions - between those living 'above stairs' and and the carefully considered hierarchy of domestics who met their needs 'below stairs'. Also considered are the wider social activities of the two groups who, while living under the same roof, experienced a very different daily round. That applied to preparations for the holding of house parties and the running of sporting events, as well as the important social influence exerted by the London 'Season'. <br> WEIGHT 0.453 KG