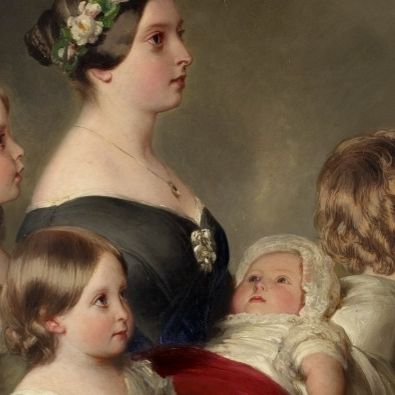 In comparison to Queen Charlotte and Queen Marie of the two previous lectures, Queen Victoria was an indomitable matchmaker, arranging marriages of her nine children with the scions of royal and aristocratic dynasties.

The lecture focuses on contrasting lives of her five daughters, including the politically active Victoria, the artistically gifted Louise, and the shy Beatrice who became the source of comfort and support to her widowed mother.

The British Royal Family’s tradition of art patronage resulted in the rich iconography of the five princesses, and the lecture includes consideration of their portraits by Sir Edwin Landseer, Franz Xaver Winterhalter, Richard Lauchert, Heinrich von Angeli, Philip de Laszlo, and others. The lecture also takes into account the burgeoning evolution of photography and its role in the dissemination of royal images.

DR EUGENE BARILO VON REISBERG is a Melbourne-based scholar and art adviser, who shares his passion for art, history, and culture from the eighteenth century to the present day through regular lectures and publications. He has completed a doctoral dissertation on Franz Xaver Winterhalter (1805-1873), the 19th century elite portrait specialist, and is currently working towards a catalogue raisonné of the artist’s works