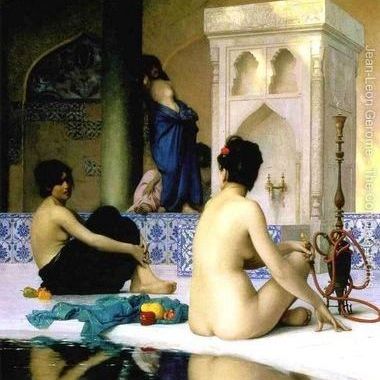 Orientalism as an art movement, developed during the French colonial expansion into North Africa in the mid 19th century at a time of change in social and medical perceptions of women. Orientalist art, depicting exotic, sensual and barbaric customs with almost photographic precision could be seen as an effort to not only justify colonialism but also to pander to nostalgic fantasies of the harem and the eternal feminine.