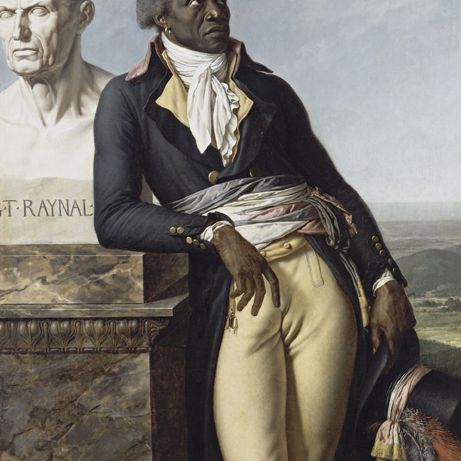 EXCLUSIVE MASTERCLASS | THE FRENCH REFLECT ON THE NEW WORLD: Prize-winning contests and the Americas in French Académies in the 18th century with Bertrand Van Ruymbeke

Prize-winning contests (concours) offered by the Académies were immensely popular in 18th century France as several hundreds were organised, drawing thousands of memoirs over the course of the century. These essay contests bore on a wide range of topics in science, agriculture, urbanism, history, law, medicine, commerce, gambling, fashion and geography, as well as a myriad of regional issues.

This show and tell explores contests related to the Atlantic World whether on slavery, the New World, the American Revolution, colonisation, navigation or trade.

Bertrand Van Ruymbeke will present examples of those contests in a general way and then focus on one or two bearing on the discovery of the New World and slavery including the history of the Saint-Domingue (now the Republic of Haiti).

The liberation, by Toussaint L'Ouverture and his army looms large, as of Saint-Domingue was the most important French slave-based colony for France at the time. In this presentation we will also learn how the events in Saint-Domingue terrified British plantation owners in the West Indies, with a real fear that what had happened in Saint-Domingue could happen in British Colonies.

BERTRAND VAN RUYMBEKE is Professor of American History, Université de Paris 8 (University of Vincennes in Saint-Denis), France. He taught for a long time in the Department of History of the University of Charleston in South Carolina. Van Ruymbeke is the co-founder of the Journal of Early American History published by Brill in the Netherlands. In 2015 he became a senior member of the Institut Universitaire de France.

He is currently working on a research project relating to the French academies in the 18th century and on what people wrote about when they described the New World and the Pacific.