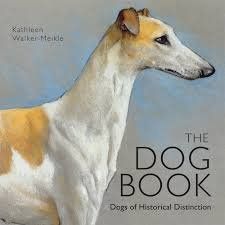 Over the millennia dogs have been hailed as gods, demons, saints, military heroes, even reigning kings - and all the while have been the keen hunters, loyal guards and beloved pets we know today.They feature in Egyptian myth, classical astronomy, medieval romances and early modern portraiture; they took part in the court-life of Imperial China, in early Hollywood film studios and in intrepid expeditions to the North Pole.Featuring the pampered pets of Queen Victoria and Pablo Picasso, popular medieval dog names, regimental mascots of the Napoleonic Wars and tales of canine loyalty through the ages, this beautifully illustrated volume shows how dogs have for millennia been the beloved companions of peasants and princes alike. <br> The author, Kathleen Walker-Meikle is the author of Medieval Pets (Boydell and Brewer, 2012), Medieval Cats and Medieval Dogs (British Library, 2011 and 2013 respectively). She was awarded her PhD in History at University College London and is currently researching animals and medicine in the Middle Ages. <br> WEIGHT: 0.276KG