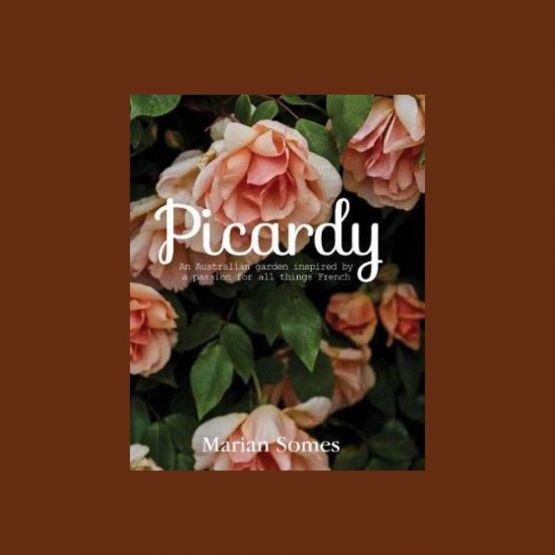 Book: Picardy: An Australian Garden Inspired by a Passion for All Things French

When BRYCE AND MARIAN SOMES, took a whistle-stop tour of France in 1986, they couldn't have imagined the lasting effect it would have on their future. Having tried to coax various gardens to flourish along on the harsh Western Australian coastline and later moving on from suburban gardening in Melbourne, the Someses found 26 acres of bare but beckoning land in Victoria's Gippsland in 1992 and set about creating what Bryce lovingly referred to as a French folly. The ever-expanding garden, which now includes an olive grove and vineyard in addition to the orchard and extensive perennial and picking gardens inspired by Monet's Giverny, surround a rustic rammed earth farmhouse and barn that are also continually evolving. <br> WEIGHT: 1.2KG